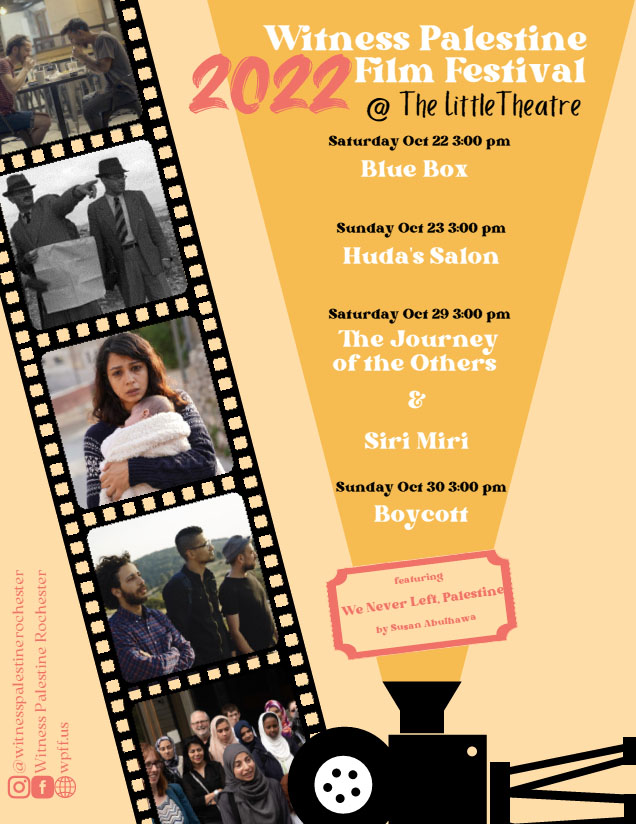 Film is a powerful medium. That’s why we’ve advocated for Palestinians since 2012 through films about the people and the region. Many of our programs take place at our favorite indie cinema, The Little. In addition to documentary and narrative films, we sometimes arrange lectures and celebrations. We sometimes use other venues. Because of covid-19, our 2020 festival was entirely online.

The Witness Palestine Festival is a project of Rochester Witness for Palestine, which seeks a just peace for the people of Palestine wherever they may be. Our advocates have traveled to Israel and Palestine on at least one political tour where they have met with and heard stories from both sides.

This film festival is an attempt to communicate some of this information to others in the Rochester and Western New York area by working with a broader, more diverse segment of the community. The Witness Palestine Festival Committee includes activists involved in interfaith and Palestinian solidarity work.