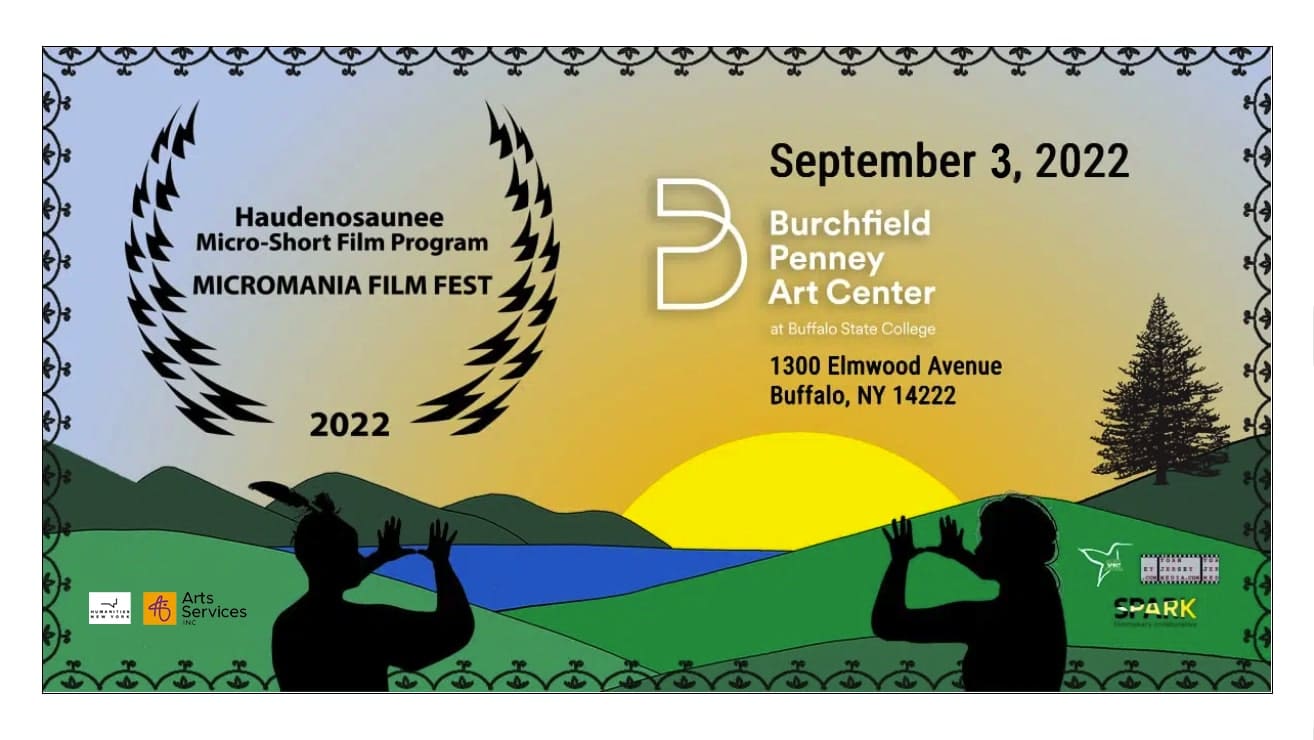 The Haudenosaunee Micro-Short Film Program, curated by Seneca filmmaker Terry J. Jones, will feature a collection of short films created by Haudenosaunee filmmakers from all over Turtle Island.

From narrative to documentary, experimental to dance, youth films to animation, this robust collection of micro-short films exemplifies the breadth of talent of established and emerging Haudenosaunee filmmakers. Haudenosaunee artists appearing on the filmmaker panel include host Terry Jones (Seneca), and TBA.

Get Your Free Tickets Now

The Haudenosaunee Micro-Short Film Program is made possible with funds from the Statewide Community Regrant program, a regrant program of the New York State Council on the Arts (NYSCA) with the support of the Office of the Governor and the New York State Legislature and administered by Arts Services Inc. Additional funding has been provided by the office of Buffalo Common Councilman Joseph Golumbeck, Jr.

A special Video on Demand presentation of the film program will be available to view online from September 3–17 for $5.

Get Your Free Tickets

Get Your Free Tickets