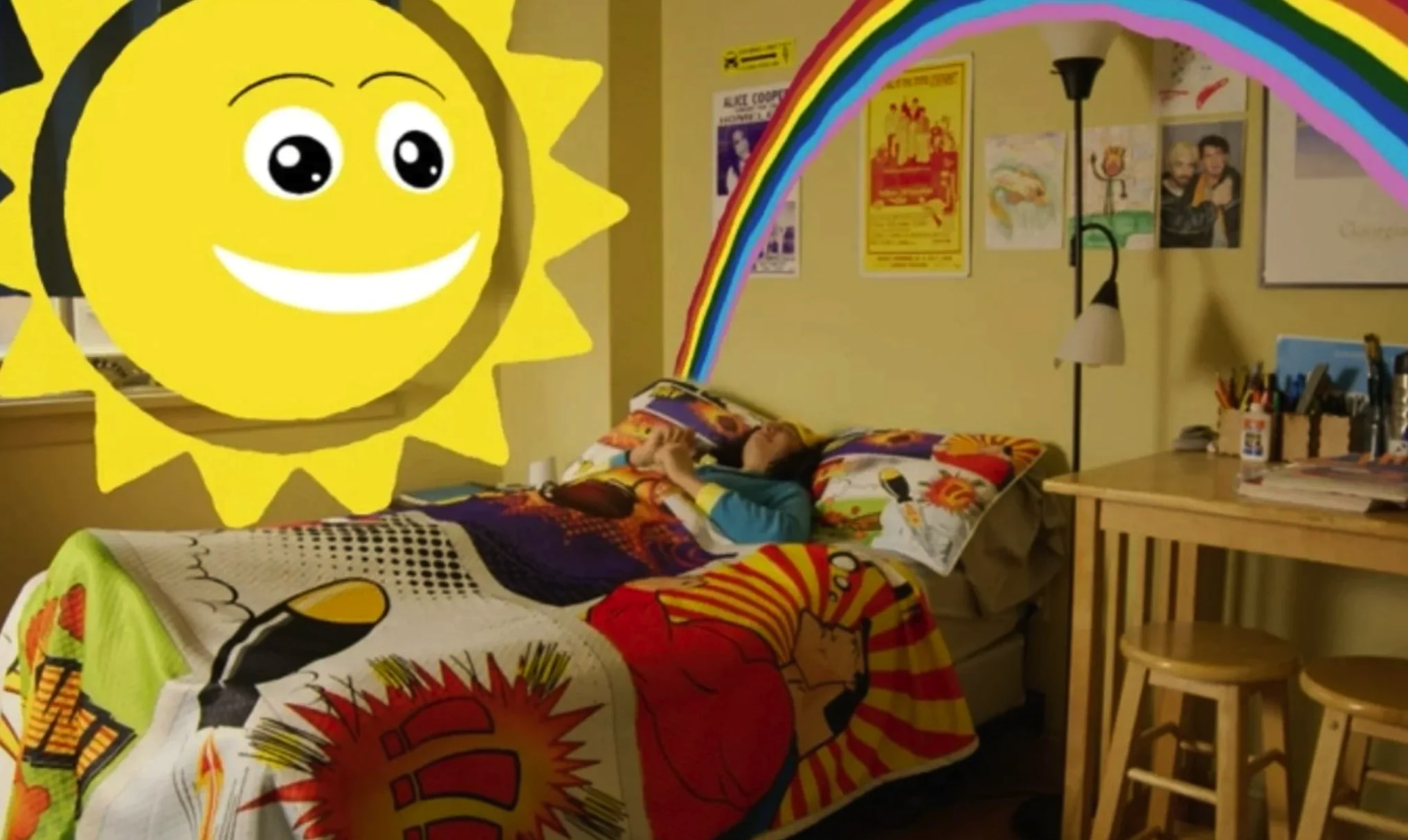 A severely depressed woman (Hannah Monsour) finds temporary solace in a beetle on her windowsill.

College student Davis clings joyfully to his childlike surroundings. Video games, stuffed animals, singing eggs – who could want anything more!? He is content in his current stage of life, and has no intention of growing up, due to the notion that being an adult kind of sucks. Therefore, when adulthood is literally delivered to his doorstep, Davis responds appropriately. He freaks out.

An office man (Maximus Zevon-Powell) with a dead-end cubicle job, discovers another side of himself in this lyrical cinematic exploration of life.

A story about the inner world of a man that’s experiencing Kodokushi. Yamasaki is disconnected and forgotten by society. Isolated and not willing to accept any help, he sinks deeper into the void as reality blurs with his imagination.

Alex is stuck wondering an endless purgatory after losing the love of his life, Bluebell.

Cole is a suicidal young man with a strained relationship with his father. In his darkest moments, he meets a stranger at a café who connects with him, and tries to guide him toward a brighter future.

Set in a technologically advanced future, a widow becomes addicted to the virtual reality program that allows her to relive moments with her deceased husband. Her neglected daughter tries to save her from her overwhelming grief.

A simple doorway is a gateway to places far and near, real and imagined.

The story of a man hopping on his mountain bike for the first time in 7 years following a hip replacement. Inspired by Albert Camus’ interpretation of Sisyphus.

Rotimi Akanbi’s love letter from mother to son is set against the backdrop of changing seasons in Buffalo, NY.

Strange things happen to a nameless protagonist (Robert Zam) as he is trying to make his way home on the subway.