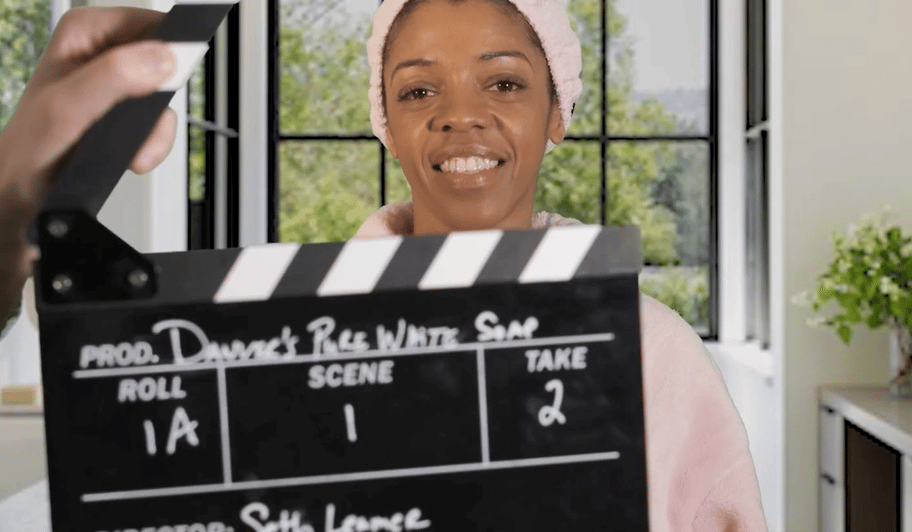 Nonfiction and narrative shorts that shine a light on race, (de)colonialism, and inequity in the US, Canada + sovereign Indigenous Nations. 104 minutes.

An animated reimagining of Nina Simone’s meditation on an artist’s duty to reflect the zeitgeist truthfully.

Now We Just Rent Them

A poetic meditation on the roots of racism in North America using layered archival, pop culture, and original footage.

Through the lens of an actress unintentionally involved in a controversial commercial, “What’s the Mark?” explores the power of media and advertisements to influence public opinion and the perpetuate of stereotypes.

Addressing the racial history of Buffalo from 1967-1980s, Olu Akanbi creates a portrait of a divided city in transition through archival footage and a first-hand account of its long-time resident Terence Sharp.

A grandmother who fears leaving the house due to a rash of racist attacks on elderly Asian Americans is given the necessary encouragement and skills to fight back from her grandchildren in this lighthearted short.

Under the Sun After the Wind

An isolated Black woman mentally –– and physically –– struggles against the news of COVID-19 and police brutality she sees online. An experimental adaptation of the Book of Ecclesiastes.

The second video of the series Hidden Realities, which illustrates the common threat that has structured, destroyed, and traumatized a sector of this country’s population. This shorts examines the practice of redlining and the introduction of Racial Restrictive Covenants to segregate people of color from the general population, and to create more restrictions, violence, and traumatic experiences for future generations to inherit.

The story follows a little girl’s journey after being tear gassed, torn from her mother’s arms, and caged like an animal by ICE agents simply for seeking asylum at the US/Mexico border. A Bigfoot comes to her aid and transforms symbols of hatred and fear into symbols of compassion and love.

The Mis(RE)education of The Invisible Yet Furious Five

An experimental docu-horror-thriller, fiction/nonfiction genre blender that explores decolonizing the educational system in Canada and surviving the trauma it has caused… that also ends in a music video. Starring 2021 TIFF Rising Star Emma Ferreira.

Citizens of the Penobscot Nation gather in Boston to read their ancestors’ death warrant – an abhorrent proclamation, made in 1755 by the colonial government, that paid settlers handsomely for the scalps of Penobscot children, women, and men. A production of Adam Mazzo and Ben Pender-Cudlip’s Upstander Project, Bounty is a powerful documentary collaboratively directed by Tracy Rector and Penobscot filmmakers Dawn Neptune Adams and Maulian Dana.

In the year 2020 the world took a turn for the worst or the better depending upon how you look at it.

A food delivery worker explores his relationship with those he serves in the height of the COVID pandemic in this sensitive meditation on race and the gig economy. In Spanish w/ English subtitles.

Six people of color are asked a direct question – do you know how to swim? Their amazing answers and stories are turned into beautiful works of animation and live action that question and challenge whether a crippling stereotype, one that has plagued African-Americans for decades, is true or not.