Spark Filmmakers Collaborative (SFC) envisions an open and loving society that recognizes and values the similarities and differences between us.

Our stories help us see ourselves in each other, dismantling stereotypes perpetuated by lack of representation.

SFC inspires and supports voices of all abilities, ages, ethnicities, genders, sexual identities and income levels to self-represent through film/video by:

Spark Filmmakers Collaborative envisions an just and loving society based on the recognition of our similarities and appreciation for our differences.

Our stories help us see ourselves in each other and help dismantle dominant cultural narratives that divide us.

Spark Filmmaker Collaborative inspires and supports voices of all abilities, ages, ethnicities, genders, sexual identities and income levels to share their visions and points of view via films and videos 5 minutes and under.

We are committed to developing programming for independent creators to share their work, build connections, grow their storytelling skills, and learn the business side of filmmaking.

We build collaborative partnerships with organizations of like mind to amplify each other, grow our communities, and expand opportunities for independent creators—always focusing our actions on: 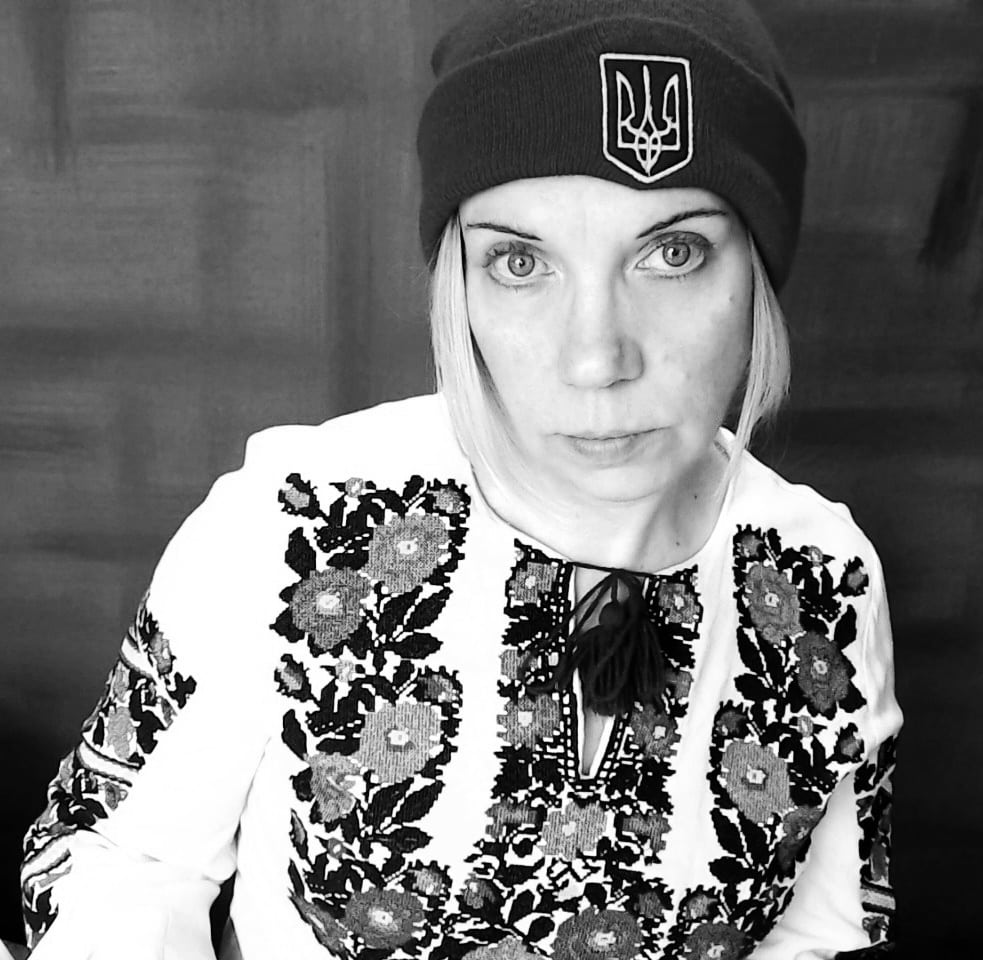 Founder & Executive Director, Board President | (She, Her)

Lukia is a Ukrainian-American artist, filmmaker, editor/VFX artist and serial social entrepreneur with 15+ years experience fostering artistic collaboration and producing public events in Western New York. She is a member of the New York Women in Film, Television and Film Festival Alliance. She also represents Spark Filmmakers collaborative as an organizational partner of Partnership for Public Good.

Lukia has served as a judge for the Buffalo 48 Hour Film Project, Kinofilm Festival UK, and Buffalo International Film Festival. Her volunteer work includes administrative level and board service with local organizations such as: 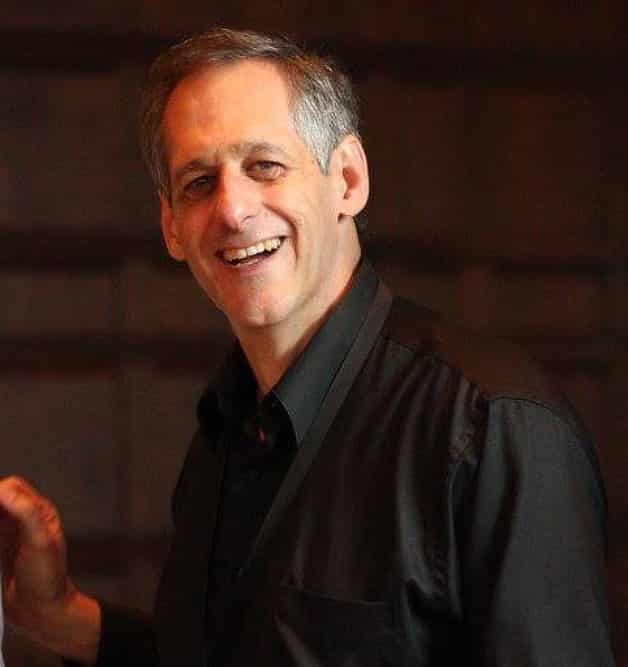 Board Treasurer | (He, Him)

Steve founded the video/digital film production company Caramax Studio, which produces documentaries, narrative films, industrials, and commercials for broadcast and the internet. Steve is a Director of Photography, Editor, Digital Colorist, and FAA licensed Remote Pilot. His documentary Go Gentle has been viewed more than 48,000 times on Amazon Prime.

Steve is also a musician and was a founding member of the Amherst Saxophone Quartet. He’s been a board member of Chamber Music America, American Composers Forum, and panelist for the National Endowment for the Arts. 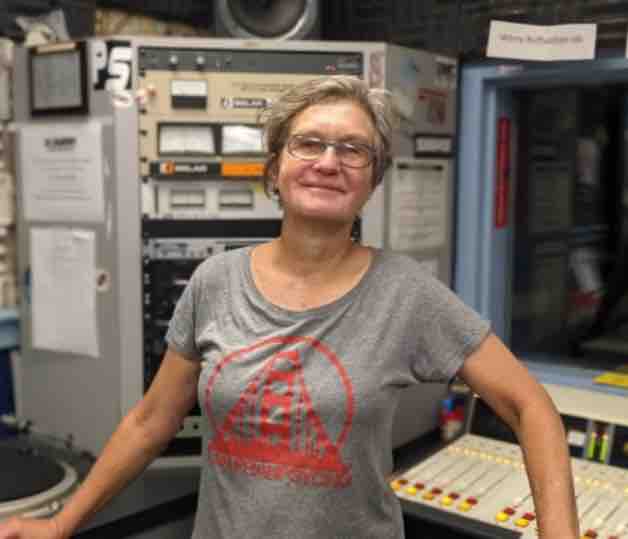 Dorothea has been actively involved in providing access to video training and production facilities to historically underserved communities as the former Media Center Manager and Program Director at Scribe Video Center and the former Director of Squeaky Wheel Film & Media Arts Center. Currently the Co-Director of the Termite TV Collective and active member since 1994, Braemer has produced numerous half-hour television programs for this award-winning video collective covering a broad range of cultural, social, and political themes.

Braemer’s personal media work has been broadcast nationally on PBS, and exhibited internationally at venues such as the Museum of Modern Art and the Museum of Television & Radio (now the Paley Center for Media). She has been the recipient of grants and awards from the Sprague Foundation, the Bread and Roses Community Fund, the Pennsylvania Council of the Arts, the Puffin Foundation, and the Samuel S. Fels Fund, among others.

Braemer has taught film analysis and video production in the Communications Department at Villanova University and is currently Assistant Professor at SUNY Buffalo State’s Communication Department. She also serves on the board of Locust Street Art in Buffalo, NY. 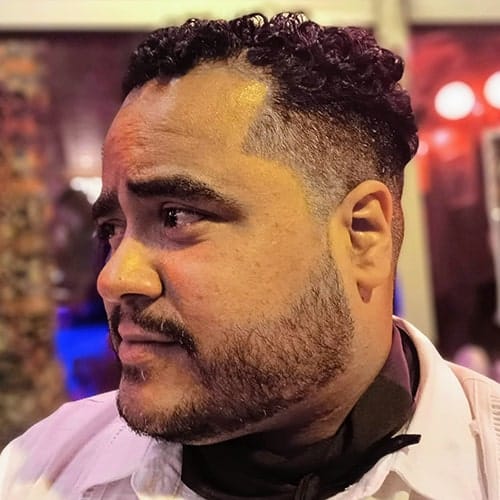 Board Sectretary | (He, Him)

Julio Montalvo Valentin (They/His/Julio) is a co-founder of the late CringeWorthy Poets Press and the author of three chapbooks, the latest titled Those Who Pray to Rice (NightBallet Books, 2019). They teach Creative Writing and Composition at various colleges and is also a member of the Latino/a/x arts collective called Los Artistas del Barrio Buffalo (LAdB), a Teaching Artist at the Just Buffalo Literary Center, and holds an M.A. in English Literature from SUNY Buffalo State. They have recently completed a Poetry Mural project as the Poetry Teaching Artist for the “Woke Words” BPS program at P.S. 18. Julio is also a board member for the  Spark Filmmakers Collective and a planning committee member of Lit Youngstown 2022 Literary Festival. Aside from joining the inaugural Teaching Artist Mentorship Program with the NYC Arts in Education Roundtable, you can always find Julio ready for the next writing opportunity to share his love of words through his next project, ProcessPoetry.com (coming soon). 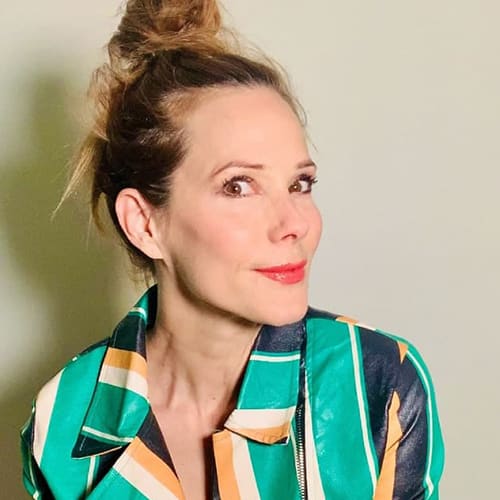 Tracey has worked in New York, Los Angeles, and many places in between, acting in everything from dramatic theatre and soap operas to quirky independent films and sketch comedy. She has been an actor/writer/director for award-winning short films, and toured North America four times with Lady Gaga as a performance art photographer—an opportunity that led to publishing the book Heal This Way—A Love Story with Lady Gaga’s Little Monsters in support of LGBTQ & bullied teens.

She plays the titular role in the newly released feature Trew’s Calling and stars in the spin-off series Diary Of A Lunatic. Tracey’s solo series Characters of the Quarantine has kept people entertained during the pandemic. Her next big project is Breeding Awesome, a documentary feature assembled from 15 years of private video journals.

Tracey is also a sought-after live event host, specializing in family entertainment at major sporting events and high-energy charity events all over the country. 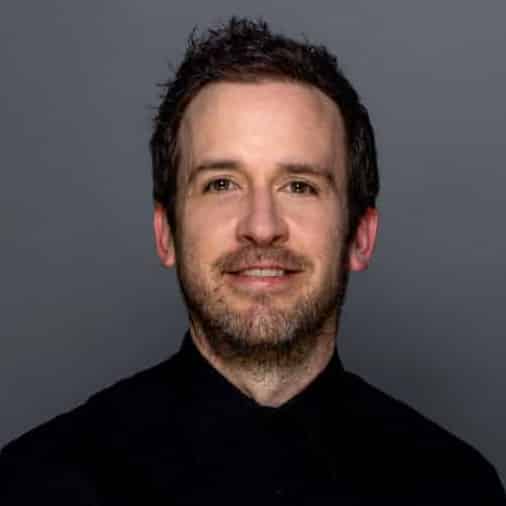 David has led what could only be called an eclectic musical life. He began as a pianist at the age of 4, and spent the next 20 years adamantly pursuing classical music as a pianist and woodwind multi-instrumentalist, completing his Bachelor of Music Performance at the University of Texas at Austin. He began teaching music and performing live—everything from chamber music and pit orchestras to local rockabilly bands, while also teaching himself how to play bass and guitar, and playing as many instruments as possible in a variety of original bands, eventually writing and singing his own songs in some of them. As he was completing his college degree, he won an internship through the Joni Abbott Music Foundation to move to NYC and work at EMI Music Publishing. Soon after, he walked away from it all to pursue his true passion: writing songs and making records.

Today, he is a solo recording artist with ECR Music Group in NYC. Following its worldwide release, his debut album Unhand Me, You Fiend! hit #1 on eMusic’s Album Charts. Cloyd followed on the national success of that album with I Could Disappear, a powerful collection of solo performances, and a fresh take on a Paul McCartney classic “Dear Boy” from the 1971 album Ram. He is currently in the studio, finishing up his third studio album.

Alongside his duties as ECR’s Executive Vice President of Creative Operations, he also spearheads and A&R’s his own imprint, Hook & Ladder Records, home for the developing artists emerging from his Buffalo recording and production studio. He is also an actor, creator, writer, scoring composer, and producer with PizzaDog Studios, the Buffalo production company behind his new web series, Cloyd.

Most recently, he is the co-founder of Buffalo Music Club, a local artists collaborative focused on creating and fostering a vibrant and sustainable local music scene by constantly reimagining the relationship between life, music, musicians, and the community within the city of Buffalo, its surrounding areas, and beyond. 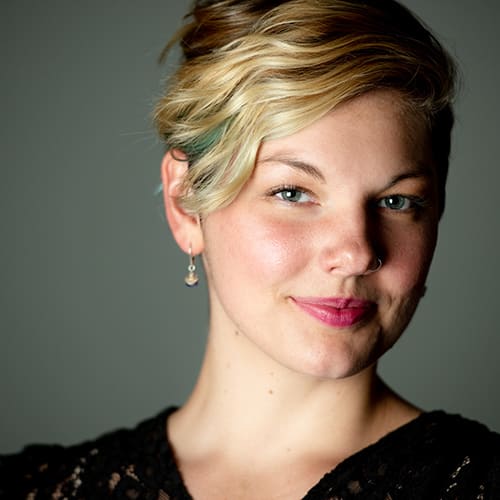 Elizabeth has won first place inthe Advanced Division of National Association of Teachers of Singing (NATS) CT chapter; second place in Denver Lyric Opera Guild’s Colorado-wide opera competition; and most recently won first place in the Advanced Division of NATS for the entire Eastern Region. Elizabeth is deeply invested in getting to the truth of what she has to say as a singer and an artist while continuing to recognize her passion for opera and classical music- this has led her to begin work on a short operatic film project Pants Role: A Coming into Queerness Tale. Elizabeth seeks to be a part of the reinvention of opera to push boundaries and radicalize the traditional landscape.

In addition to performing, Elizabeth is currently a remote voice instructor and administrative team member at Parlando School of Musical Arts in Boulder, Colorado and a voice instructor at Buffalo Music Club in Buffalo, New York. Her experience with arts administration has helped her gain insight for the inner workings of arts organizations and to strike a unique balance between performer, teacher, and administrator. 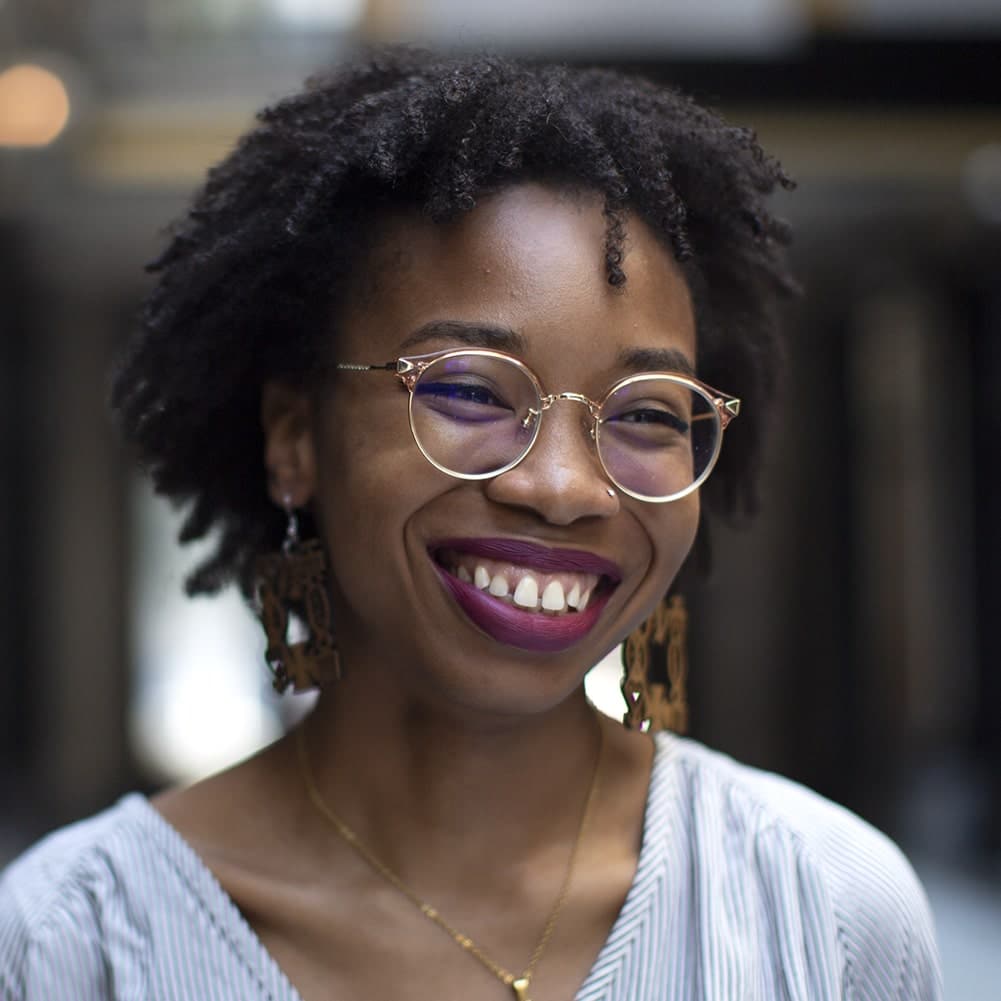 Kaitlyn is a multi-disciplinary freelance artist and arts educator from Brooklyn, NY. An editor, filmmaker, photographer, painter and sewist, Kaitlyn fell in love with filmmaking at Buffalo State College pursuing a Bachelor’s Degree in Media Production. Her mostly documentary-based work is informed by her 12 year background in poetry. She refers to herself as The Galactic Griot, a poet who uses their work to tell stories that transcends time and space. 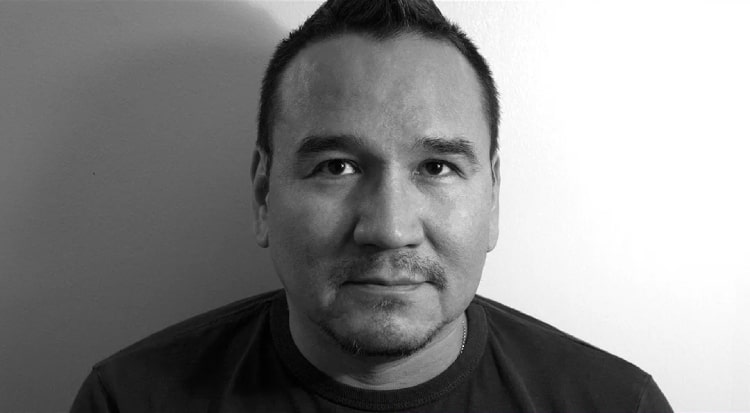 Community Advisor | (He, Him)

Terry Jones is a member of the Seneca Nation of Indians, who are located in western New York State. Terry has a passion for sharing his Haudenosaunee (Iroquois) history and culture through his film works. He strives to find a balance between entertaining and educating his audiences. Terry is currently pursuing his MFA in film at York University in Toronto, Ontario. TornJersey Media, his company, is an upstart Independent Indigenous media production company founded by Haudenosaunee filmmaker.

Terry’s short films, many co-directed with Indian filmmaker Govind Deecee, have found success on the film festival circuit worldwide and continue to screen at film festivals. Most recently, Terry is the curator and host of the Haudenosaunee Micro-Short Film Program which features micro-short films by Haudenosaunee filmmakers.
​
During the summer of 2021, Terry was part of a gaming team that was awarded BEST CONCEPT at imagineNATIVE’s Land Jam+. In 2020, Terry completed the Open Immersion II – Creative Doc VR Lab which was produced by the National Film Board of Canada (NFB) and in partnership with the Canadian Film Centre and imagineNATIVE Film + Media Arts Festival, supported by the Ford Foundation.

Terry currently serves as Secretary on the Board of Trustees at the Seneca-Iroquois National Museum on the Seneca Territory. Previously, Terry served as Vice Chairman/Secretary at American Indian Community House in New York City, as well a panelist for the New York State Council on the Arts and he also served as an official selector at the 2011 Native American Film + Video Festival – National Museum of the American Indian (Smithsonian Institute) in New York City. 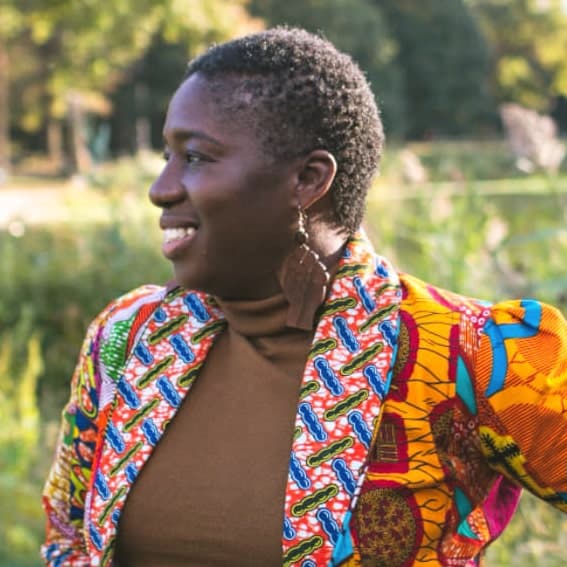 Community Advisor | (She, Her)

Veronica Manning is a writer, filmmaker and playwright who lives in Newark, NJ. Her most recent creative work — a silent, micro short film called “The Key” — was a finalist in the 2021 Micromania Short Film Festival. Veronica also founded the NuArk Theater Collective in 2010, at a time when independent theater was virtually nonexistent in Newark. Veronica produced and directed a showcase called “THE COLOR BLUE: Three Short Stories of Love, Lust and Loss”, which premiered in Newark in July 2011.

Veronica holds a BA in Organizational Behavior and Communication from NYU-SPS and an MPA in Public and Nonprofit Management from NYU Wagner, where she is currently an Adjunct Assistant Professor of Public Service.